The Orgreave Truth and Justice Campaign would like to thank local actor Danny Mellor for offering to perform his play ‘Undermined’ about the miners’ strike as a fund raiser for OTJC. We would like as many supporters as possible to come along to Barnsley Civic to be part of the experience of an interesting an thought provoking piece of entertainment and to show their continuing support for our aim…

“The Orgreave Truth and Justice Campaign seeking truth and justice for all miners victimised by the police at The Orgreave Coking Plant South Yorkshire, June 1984. Orgreave is part of the pattern of cover ups and lies by the police from the many different forces, which are now being exposed.

We call for a public inquiry to take place as soon as possible into the policing and subsequent statements recorded by the police at the time.

We want everyone who seeks truth and wants justice, to support us in our campaign”

Inspired by the accounts of miners who lived through the strike, Undermined depicts a year where friendships were strengthened and communities came together. Experience the events through the eyes of young miner Dale, as he takes you through his personal story inviting you into the action. This oneman show explores the humour and struggles of the miners’ strike through energetic and gripping storytelling. Danny Mellor presents a youthful and contemporary approach to one of Britain’s most controversial disputes.

With banners held high
A film by Judi Alston

This documentary explores the resilience of miners and Women Against Pit Closures through their sense of humour, camaraderie and community spirit in the 1984/5 miners’ strike.

The ability to laugh and share funny moments or observations in times of adversity was important during the year-long strike. Their stories capture a legacy of contemporary history and offer a profound insight into the culture and heritage of the former coalfield communities.

Judi Alston, of One to One Development Trust, directed the film, which was commissioned for the ‘With Banners Held High’ event held in Wakefield on Saturday 7 March 2015. 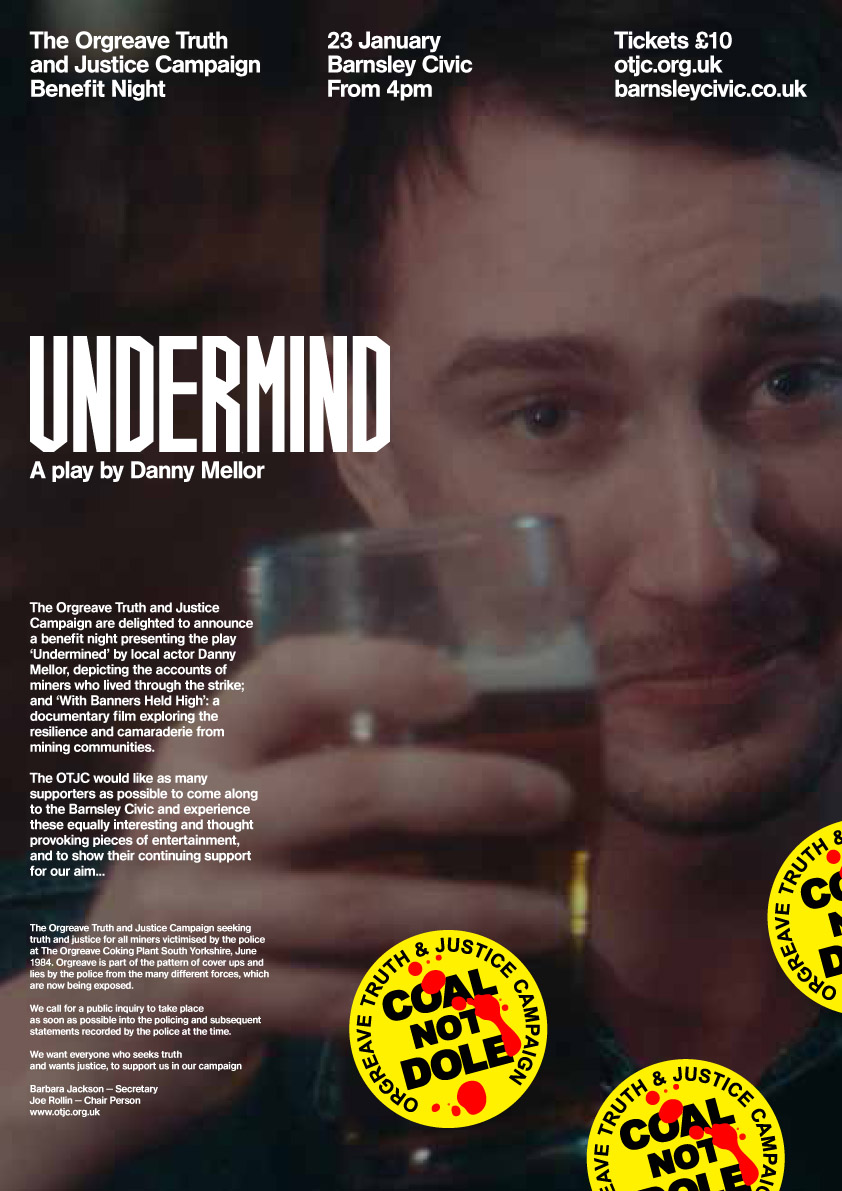 Tony Garnett is Keynote Speaker at With Banners Held High