ORGREAVE – NO JUSTICE – NO PEACE 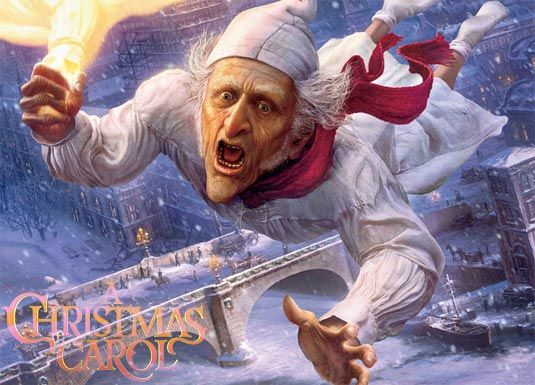 A mean spirited Home Secretary, Amber Rudd sits in the Home Office on Christmas Eve. Her civil servants shiver in their offices because the Tories destroyed the Coal industry and refused to allow Coal to be mined in Britain to provide heating for a fire to keep them warm. Rudd’s ‘friends’ pay her a visit to invite her to the annual Christmas party. Two portly gentlemen also drop by and ask her for a contribution to their charity. Rudd reacts to her visitors with bitterness and venom, spitting out an angry “Bah! Humbug!” in response to their “Merry Christmas”

Later that evening, after returning to her dark, cold apartment, Rudd receives a chilling visitation from the ghost of her dead ex party leader Margaret Thatcher. Thatcher looking haggard and pallid relates her unfortunate story. As punishment for her greedy and self-serving life her spirit has been condemned to wander the Earth weighted down with heavy chains. Thatcher informs Rudd that three spirits will visit Rudd during each of the next three nights. After the apparition disappears, Rudd collapses into a deep sleep.

She wakes moments before the arrival of the Ghost of Christmas Past, a strange childlike phantom with a brightly glowing head. The spirit escorts Rudd on a journey into the past to previous Christmases from the curmudgeon’s earlier years. Invisible to those she watches, Rudd revisits her childhood school days at Cheltenham Ladies College, her business career in venture capital with business deals involving an offshore tax haven and her co director being jailed for fraud, her parliamentary career and her prevention of an Orgreave Inquiry. Her apparent lust for money has in the past eclipsed her ability to empathise with others but Rudd deeply moved, sheds tears of regret before the phantom returns Rudd to her bed.

The Ghost of Christmas Present, a majestic giant clad in a green fur robe, takes Rudd through London to unveil Christmas as it will happen that year. Rudd watches families struggling to make ends meet, prepare miniature feasts in their homes from food they have had to obtain from food banks. She discovers many of these families have disabled members deprived of tax credits by her Tory colleagues and the kindness and humility of these families warms Rudd’s stony heart. The spectre then zips Rudd to her friends to witness the Christmas party. Rudd finds the jovial gathering delightful and pleads with the spirit to stay until the very end of the festivities. As the day passes, the spirit ages, becoming noticeably older. Toward the end of the day, he shows Rudd two starved children, Ignorance and Want, living under his coat. He vanishes instantly as Rudd notices a dark, hooded figure coming toward her.

The Ghost of Christmas Yet to Come leads Rudd through a sequence of mysterious scenes relating to an unnamed person’s recent death. Rudd sees businessmen discussing the dead person’s riches, some vagabonds trading the person’s personal effects for cash, and a poor couple expressing relief at the death of their unforgiving creditor. Rudd, anxious to learn the lesson of her latest visitor, begs to know the name of the dead person. After pleading with the grim reaper ghost, Rudd finds herself in a churchyard, the spirit pointing to a grave. Rudd looks at the headstone and is shocked to read her own name. She desperately implores the spirit to alter her fate, promising to renounce her insensitive and avaricious ways and to honour Christmas with all her heart by deciding that there will be a Public Inquiry into what happened at Orgreave on June 18th 1984. Whoosh! She suddenly finds herself safely tucked in her bed.

Overwhelmed with joy by the chance to redeem herself and grateful that she has been returned to Christmas Day, Rudd rushes out onto the street hoping to share her newfound Christmas spirit. She sends a giant Christmas bonus to the houses of poor families on benefits and low incomes and attends her friends party, to the stifled surprise of the other guests. As the months and years go by, she holds true to her promise and honours Christmas with all her heart, knowing now that Truth and Justice will prevail: she finances a full Public Inquiry into Orgreave, provides lavish gifts for the poor, and treats her fellow human beings with kindness, generosity, and warmth. 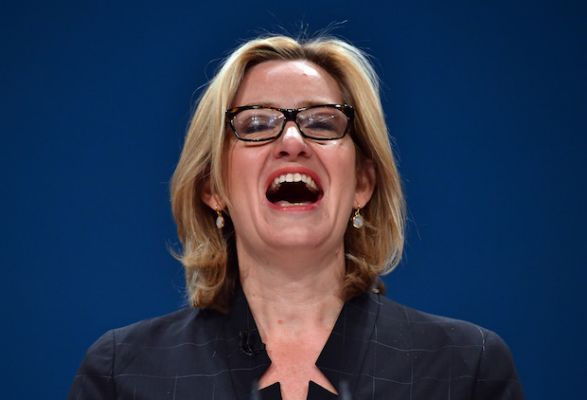