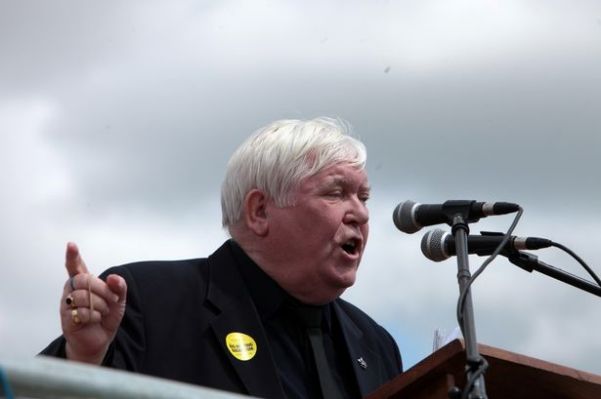 The Orgreave Truth and Justice Campaign today pays its respects to Davey Hopper, the Durham Miners Leader, responding to the news of Davey’s passing.

“Davey was a giant of the Trade Union movement, a formidable figure maybe known best for his quick wit and sometimes brutal put downs of our opponents, however for those who knew him best Davey was one of the most caring and kindest Trade Union leaders.

“Our thoughts are with Davey’s family, friends and comrades. Davey’s memory will live on through the Durham Miners Gala and we will continue the fight for a better society.”

In memory of Davey Hopper

He organised the Durham Big Meeting
A gathering that will take some beating
He wanted justice, fairness and equality for all
Everyone at Durham heard his rallying call