Nick Jones has unrivalled experience. As a BBC Radio Industrial Correspondent he reported the strike. He will analyse the media coverage of the dispute – and its impact.

OTJC campaigner Chris Peace will highlight unfinished business from the strike, and the work of the OTJC.

This event is aimed at younger people unfamiliar with the significance of the epic struggle.

“The very idea that here in Yorkshire a 59 year old miner, one year away from his retirement was prepared to risk losing the roof over his own family’s head in order to find a job for a 16 year old in another part of the British coal field that he was never likely to meet. That’s real honour. It was a battle about jobs and not the pocket.”— Dennis Skinner MP speaking  at With Banners Held High 2015. 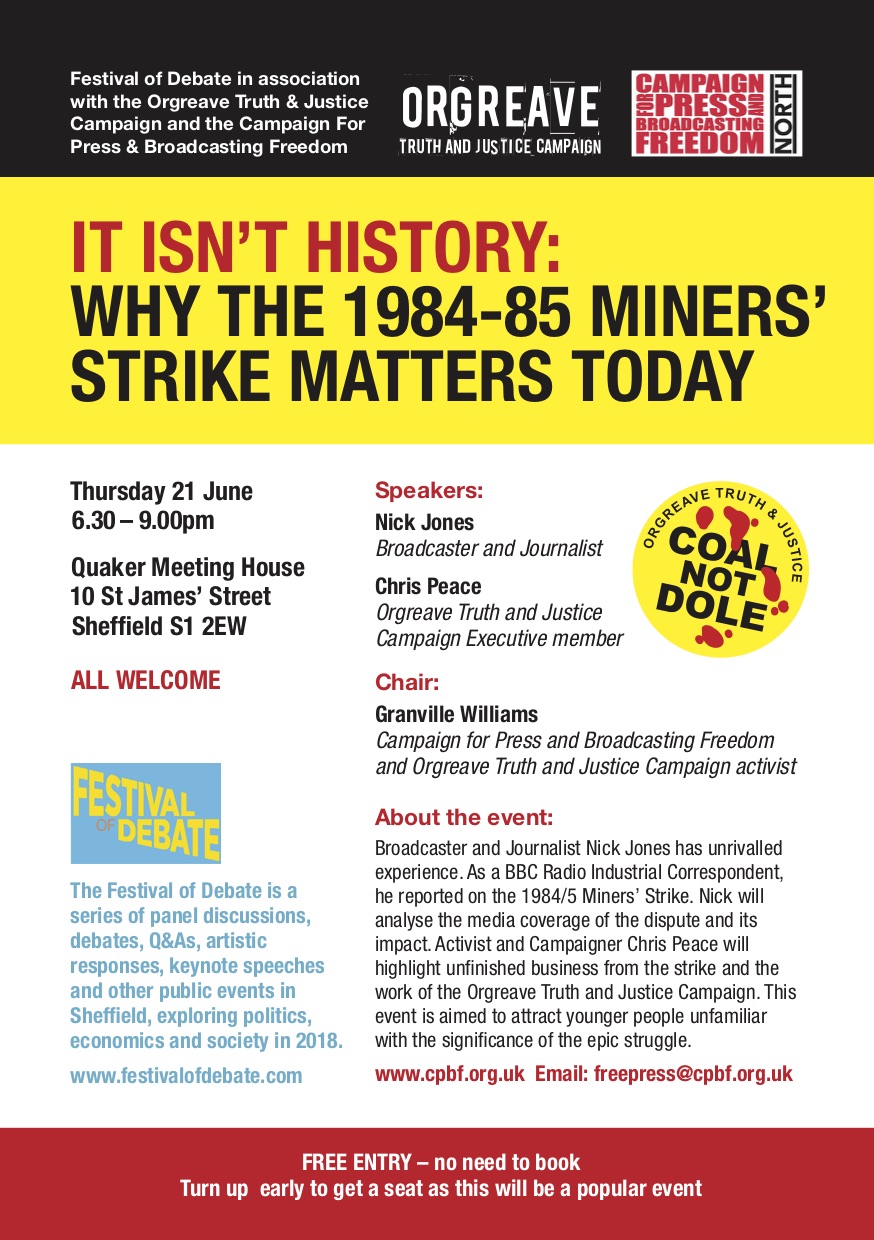