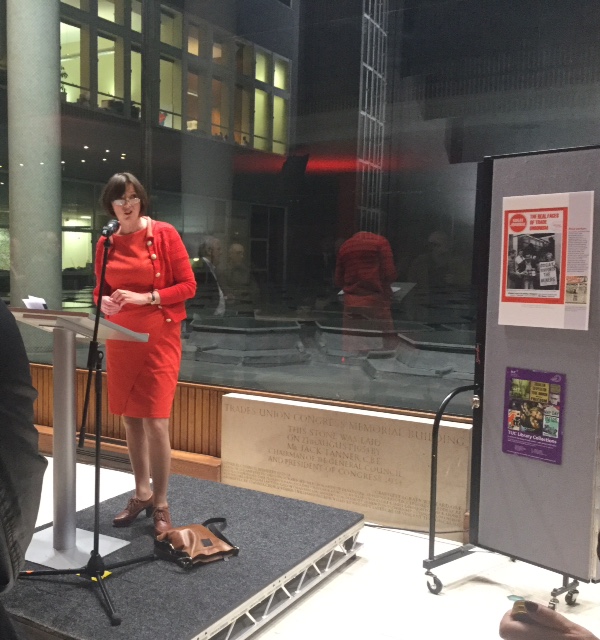 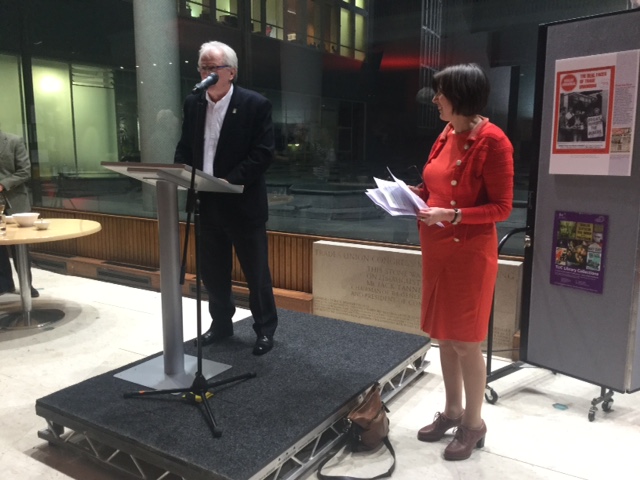 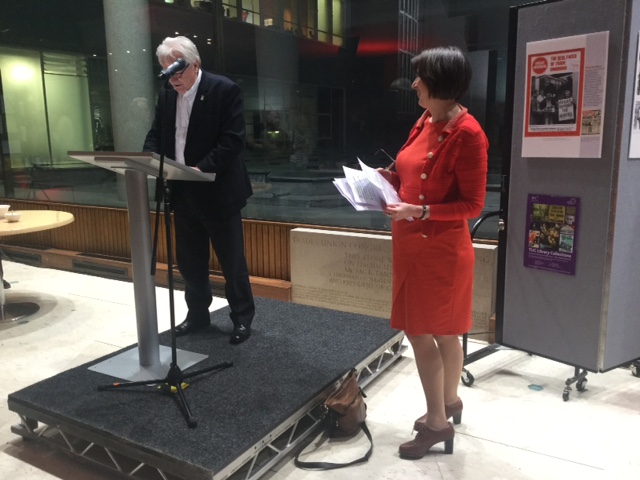 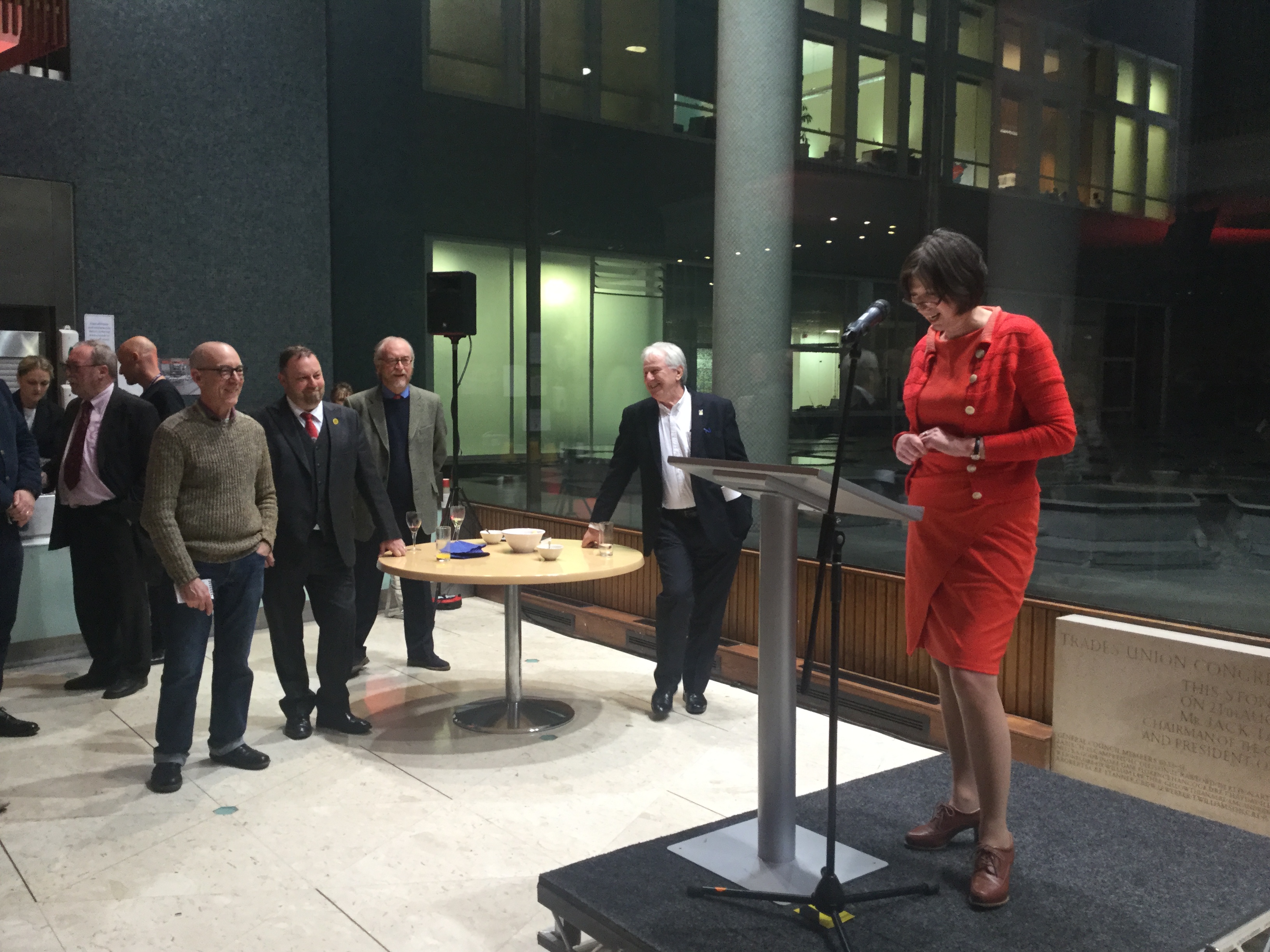 OTJC was invited to attend an event at TUC Congress House in London on Monday 14th March organised by the TUC. The TUC are currently hosting an exhibition produced by the TUC library showing the huge solidarity and support for the 84/85 Miners Strike. TUC General Secretary Francis O’Grady welcomed people to the event including trade union activists and campaigners as well as ex miners and people involved in the strike. OTJC representative Granville Williams spoke at the event along with other speakers including Mike Jackson from Lesbians & Gays Support the Miners, Dai Donavan from Dulais South Wales NUM and Chris Kitchen NUM General Secretary.

Speakers talked about the friendships that had developed throughout the strike, the kindness and generosity of people throughout Britain and abroad contributing food, toys, money and accommodation. They spoke of the magnificent role played by the trade union and labour movement with support and solidarity at meetings, demonstrations, events and picket lines. The contribution of musicians, comedians and people in the arts was also praised. They emphasised the links between what happened to the Miners in 84/5 to what is happening to workers today, the need for opposition to the Trade Union Bill and TTIP and the importance of supporting the public sector, Junior Doctors and our NHS.

Granville told the story of the journey taken from establishing the OTJC and the commitment of campaigners to the position the campaign is now at – awaiting a response from Home Secretary Theresa May to the OTJC legal submission.  He asked for supporters of the OTJC to help put on the pressure for a Public Inquiry. Francis pledged support from the TUC.

The Solidarity and the Miners Strike exhibition is at TUC Congress House in London for the next two weeks and will be displayed at various venues throughout the country.