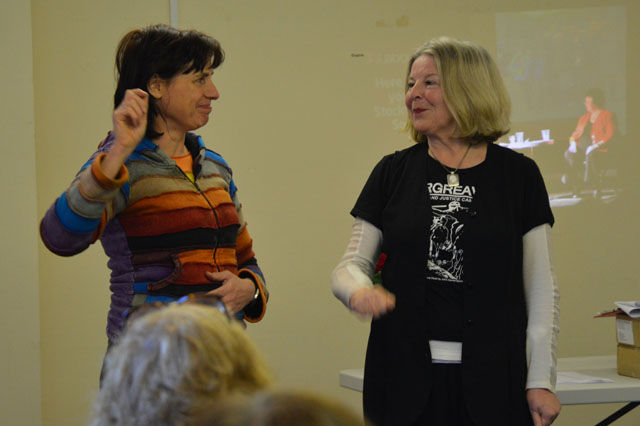 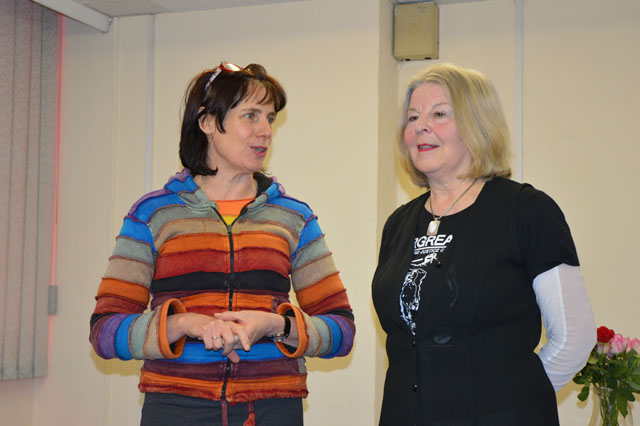 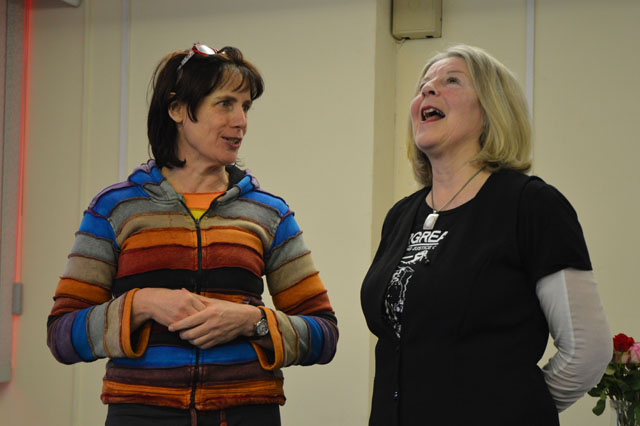 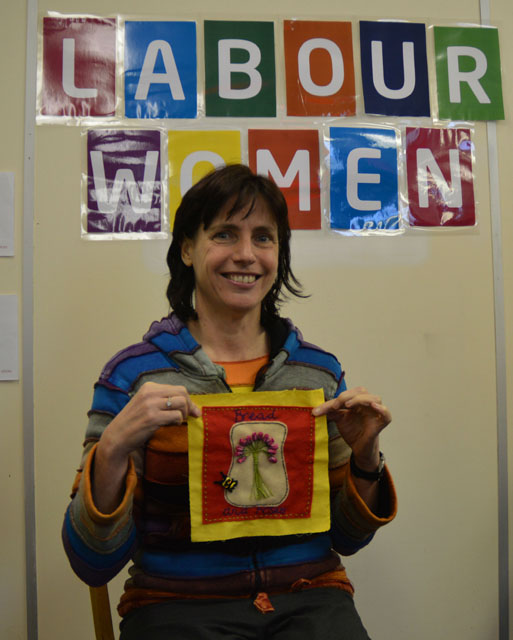 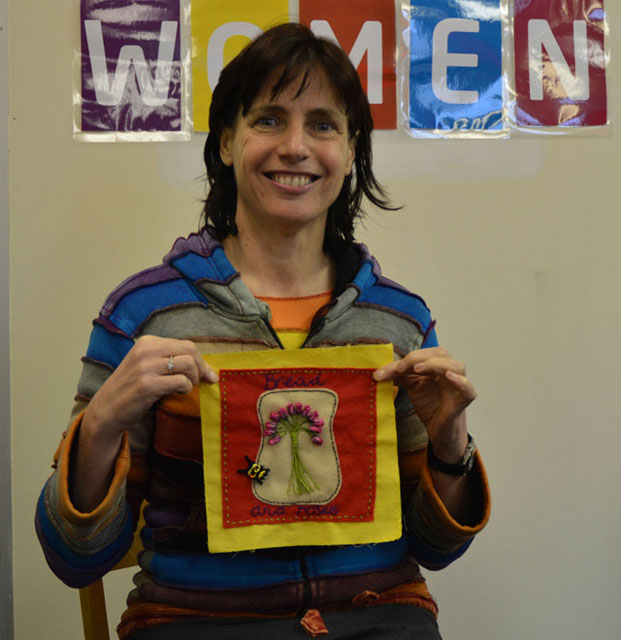 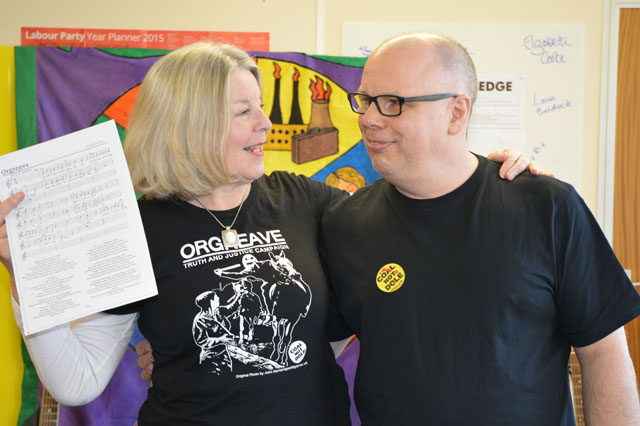 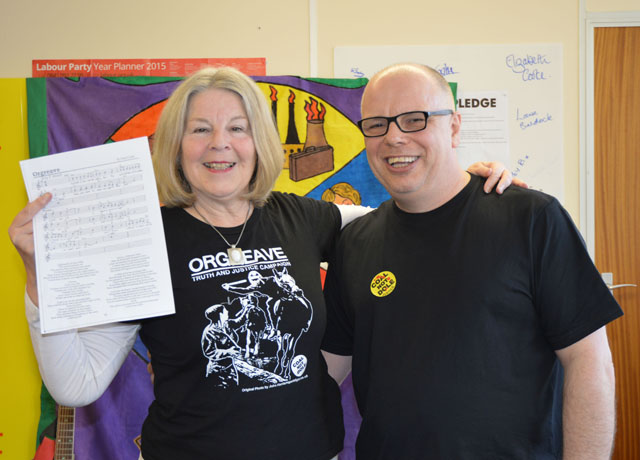 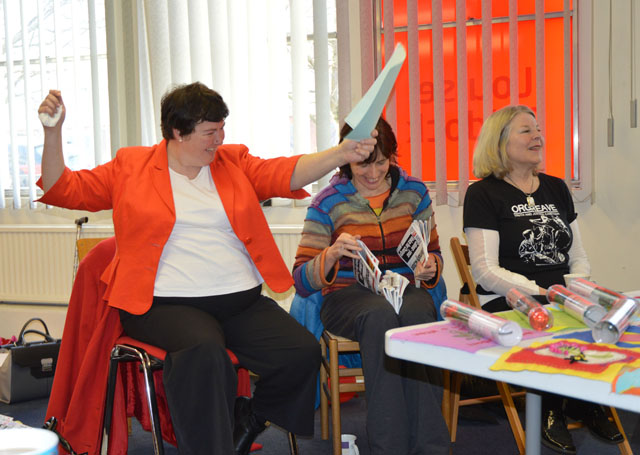 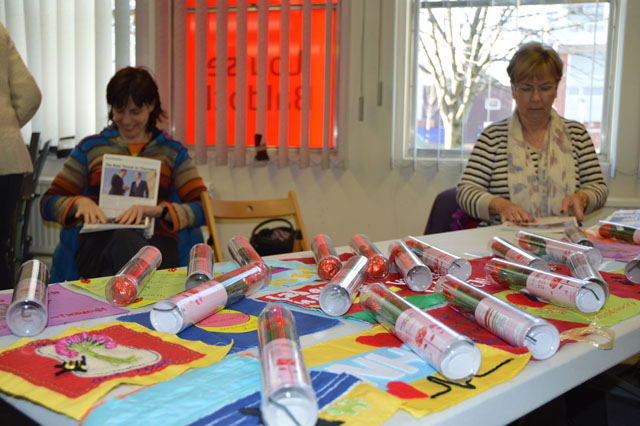 Barbara was invited to speak to the women’s group at Stockton Tees Labour Party, on 7 February 2015. In the photos, the group is singing ‘We are Women We are Strong’. She met Nigel Cooke who 30 years ago wrote a song about Orgreave which they also sang.  Barbara’s talk was very well received and she was told what OTJC was doing was inspiring. She sold several t/shirts, as you can see from the photos, plus badges.

Barbara also met Jude Kirton Darling the MEP for the North East, who is involved at a European level with the injustices of Orgreave, Cammell Laird shipyards and Shrewsbury pickets, where an apology is being sought. Also the swift release of embargoed cabinet papers.  More info on this to follow.

The legal case for an independent inquiry

We were fed lies about the violence at Orgreave. Now we need the truth