Skip to content
Miner's Strike 30th Anniversary Events
January 9, 2015January 9, 2015 Simon going through the change, miner's strike 30th anniversary, women against pit closures
Supporters of the Orgreave Truth and Justice Campaign may be particularly interested to see, in the film, a performance of the events at Orgreave performed by pupils from a school in Royston based on an account written by the Royston WAPC group. 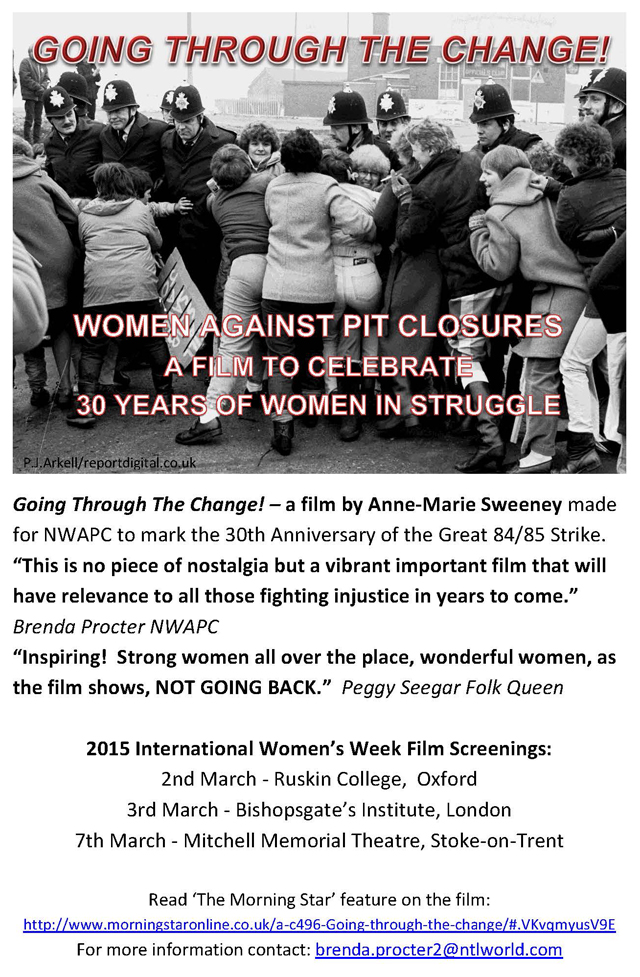 Going Through The Change!

Are you still an Enemy Within?