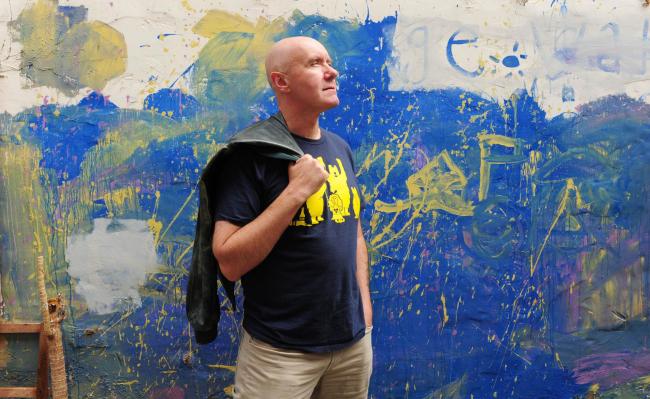 TRAINSPOTTING author Irvine Welsh has called on the Scottish Government to order an inquiry into the year-long miners’ strike in Scotland.

Last night Welsh, whose acclaimed prequel novel Skagboys charts some of the picket line clashes during the strike, issued a plea to Justice Secretary Michael Matheson to take a different approach from the Tory Government and UK Home Secretary Amber Rudd who ruled out an inquiry into the clashes at the Orgreave coking plant, which set the tone for policing of picket lines in the rest of the country.

“I was astonished that under the former Justice Secretary Kenny MacAskill the Scottish Government followed the UK Government lead on Orgreave and do not want to open a formal inquiry about the policing of the miners strike in Scotland,” he said.

“There is plenty of evidence that the same tactics were deployed at Hunterston and Ravenscraig as south of the Border. Michael Matheson now has the opportunity to take a different approach – I would strongly urge him to do so.”

In Skagboys the lead protagonist of Trainspotting, Renton, joins his father on the picket line during the miners’ strike at the Battle of Orgreave, in South Yorkshire in 1984, one of the key flashpoints of the industrial dispute.

The novelist spoke out as the long-awaited sequel T2 – Trainspotting is due for cinema release later this month and as pressure mounts on the Scottish Government to order a inquiry into the 1984-85 strike.

The writer made the remarks in a statement of support for a campaign led by Labour MSP Neil Findlay after Matheson agreed to “reflect on the case put forward and to consider next steps” in the New Year.

The Justice Secretary has already called for “national recognition” of injustice done to miners convicted during the strike and announced he will reconsider the SNP’s opposition to a inquiry, as he signalled a possible u-turn following talks with veterans of the dispute last month.

Lothians MSP Findlay welcomed Welsh’s backing for a review of the convictions of the nearly 500 former Scottish miners left with criminal records that campaigners claim were unsafe and politically motivated.

Speaking to the Sunday Herald, Findlay said: “Irvine Welsh has written powerfully about Orgreave and the miners’ strike. He has always shown a real interest in the campaign I have been running calling for a Scottish inquiry. It is a real boost to have him give wholehearted support.

“Michael Matheson has an opportunity to do what is right and take a different approach to Tory Home Secretary Amber Rudd.

“He can instruct an inquiry or can take the establishment line followed by his predecessor Kenny MacAskill. I hope he does the honourable thing,” he said.

A Scottish Government spokesperson restated its position that Westminster ministers should instead call an independent inquiry to cover all parts of Britain.

However, the Government said Matheson was still considering representations made to him by former miners at the talks held last month.

The spokesperson said: “Only an independent UK Government investigation can fully address concerns about political interference. Mr Matheson wrote to the Home Secretary making this clear while requesting they review and publish any papers they hold, following which the Home Office confirmed they intend to transfer a further 30 files to the National Archives.”