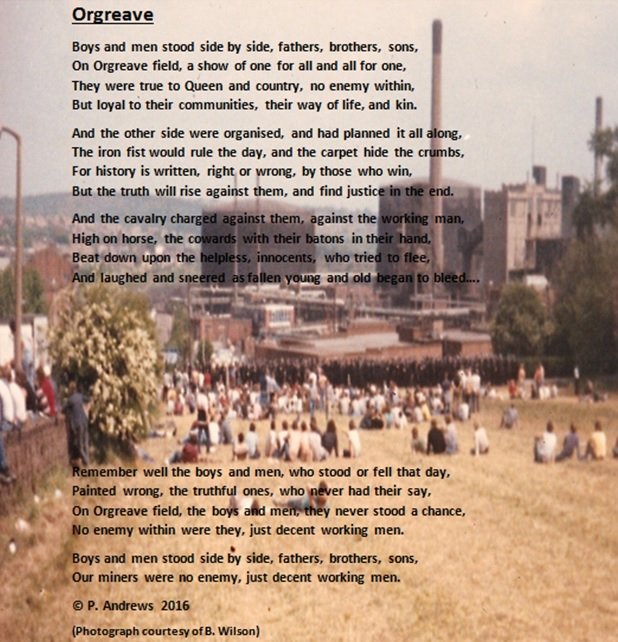 Boys and men stood side by side, fathers, brothers, sons,
On Orgreave field, a show of one for all and all for one,
(They were) True to queen and country, no enemy within’
But loyal to their communities, their way of life, and kin.

And the other side were organised, and had planned it all along
The iron fist would rule the day, and the carpet hide the crumbs.
For history is written, right or wrong, by those who win,
But the truth will rise against them, and find justice in the end.

And the cavalry charged against them, against the working man,
High on horse, the cowards with their battens in their hand,
Beat down upon the helpless, innocents, who tried to flee,
And laughed and sneered as fallen young and old began to bleed.

Remember well the boys and men, who stood or fell that day,
Painted wrong, the truthful ones, who never had their say,
On Orgreave field, the boys and men, they never stood a chance,
No enemy within were they, just decent working men.

Boys and men stood side by side, fathers, brothers, sons,
Our miners were no enemy, just decent working men.